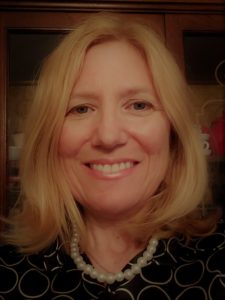 Brigid has worked in media & public policy for over 30 years.  As a broadcast journalist and messaging strategist, Brigid has a unique perspective on ways to communicate your vision to stakeholders.

Brigid serves as a local radio host on Catholic Radio Indy 89.1 FM, and 90.9 FM. And she served as an associate producer, writer, news co-anchor, and on-camera interviewer for the local CBS affiliate station WISH TV, Channel 8 in Indianapolis. In the nation’s capitol, Brigid served on the press and legislative staff for US Senator Richard G. Lugar and for a small business government affairs office. She also served as a press secretary for the Indiana Senate Majority staff where she managed all aspects of media including radio, television, and print news along with speech writing, press conferences and messaging.

Brigid served as Director of Communications and Research for the Indiana Catholic Conference (ICC) and served for over a decade as the statehouse correspondent for the ICC. Her articles were syndicated statewide for the Catholic Press.

Brigid uses her decade-plus of production work at the local CBS affiliate, Channel 8 WISH TV, to consult on or create HD 4K video content for clients using the latest digital video production and editing equipment. Brigid’s adept knowledge of messaging, video production, podcasting and new media channels, make for a powerful tool to deliver your organization’s vision to a wider audience in a compelling way.

Brigid has been blogging at www.allaboutthegrace.com since 2015. And launched a YouTube channel in Sept. 2018 also called All About The Grace.  In January 2020, Brigid published her first book, “Breaking New Ground: Discipleship Using New Media” available on Amazon.